While GridDB may seem like the new kid on the block, it has already been in use for years in different mission-critical IoT scenarios. Toshiba first started GridDB development in 2011 and then launched in 2013.Â Since then,Â GridDB has been used in many IoT applications, mission-critical systems, and critical infrastructure implementations â€“ in many cases, where any unplanned stoppage would be unacceptable. I would like to introduce a few use cases.

In 2015, an electric power company in Japan redesigned their consignment charge calculation system to accommodate the liberalization of electricity retail sales, scheduled for April, 2016. The number of smart meters went from 3,000 to 3,000,000 as a result of this liberalization. Data from each smart meter is collected every 30 minutes and stored for three months resulting in data setÂ of approximately 13 billion records and 2.6 TB in size. Data is stored in a 5 node GridDB cluster and the billingÂ calculation is performed in a 4 node MapReduce cluster. 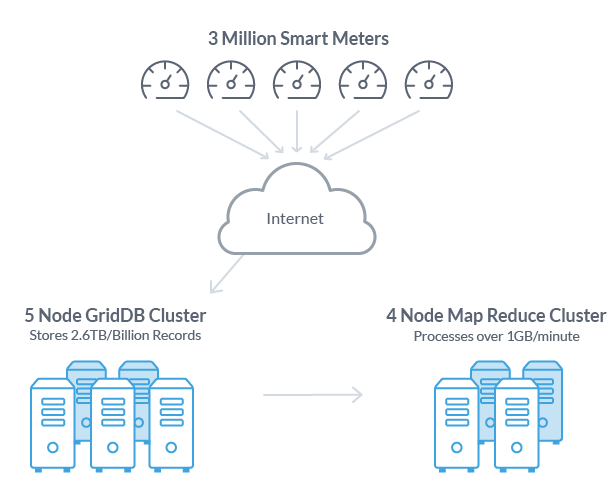 The new system with GridDB takes only 40 minutes to analyzeÂ 43.2 GB of data per day, providing a 2000x improvement in performance compared to the old system. This system has been running since April 2016 without any problems.

A leading steel manufacturing equipment company selected GridDB to store data in theirÂ global compressor management system. GridDB is embedded as the core IoT database in this system that provides cloud service which collects, stores, analyzes and visualizes data using GridDB from compressors around the world. The use of this platform allows the company to offer customers a comprehensive support and maintenance package worldwide. 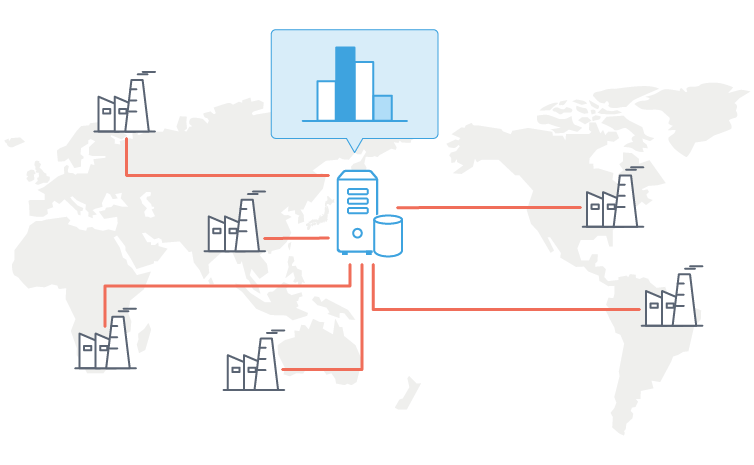 The data collected at the manufacturing sites is growing at an explosive rate requiring a highly scalable high performance architecture.

A building energy management system (BEMS) is a sophisticated method to monitor and control the building’s energy needs. BEMS can control and monitor a large variety of either residential or commercial building functions including heating, ventilation and air conditioning (HVAC), lighting and security. 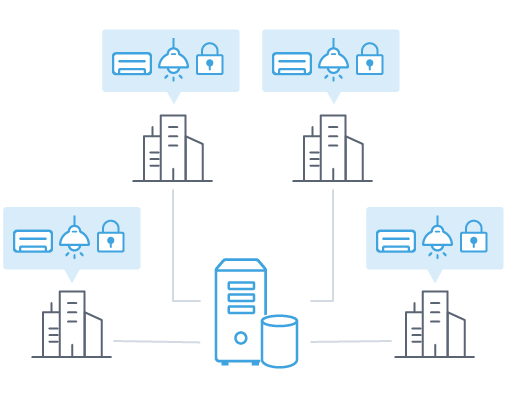 Toshiba has been providing cloud-based BEMS Service commercially since 2015 where GridDB is used to store over 2 TB of data from hundreds of buildings in this solution. With this system, 1,000s of records are transacted per second. GridDB has been performing this task without issue.